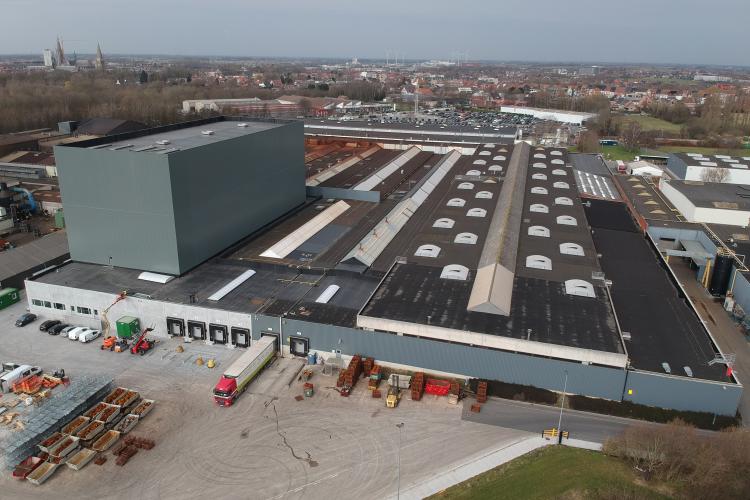 Proferro builds further on our future in Ieper with a new high bay warehouse standing at no less than 32 meters in height. This will be the logistical “beating heart” of Proferro, with an automatic storage of more than 10,000 pallets, four automatic cranes, and a close connection to production and the new loading and unloading area with different loading docks. 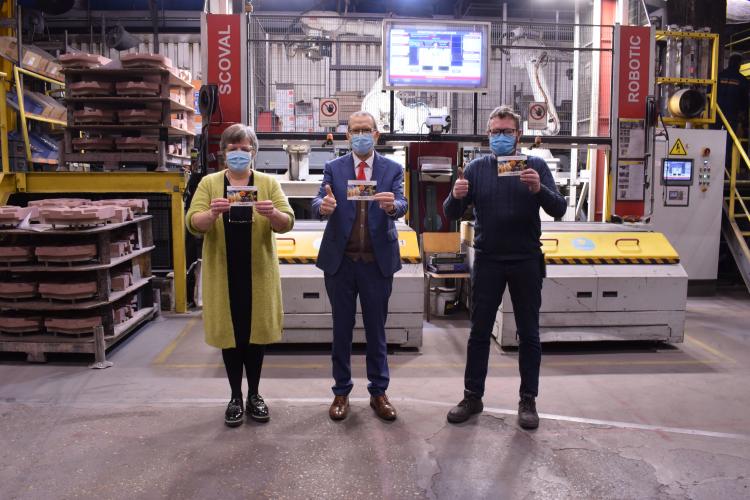 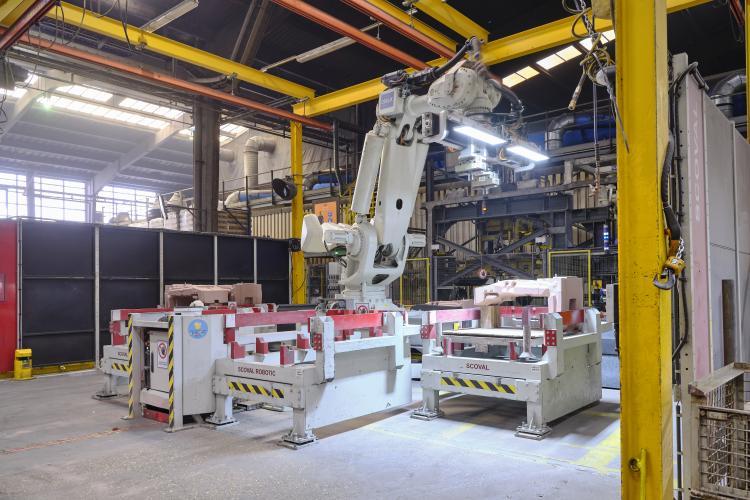 The HWS molding line has recently been equipped with a new robot: the Obélix. On the HWS molding line, we make mold boxes by pressing sand in a box against the model plate. If the casting itself is to be hollow, a core is placed in the mold box. This core is just slightly smaller than the pressed-out form so that the cast iron will divide neatly in the open space between the core and the molding box. It is only recently that the cores are no longer placed in the molding box manually. This is instead done with the aid of the Obélix robot, which can lift 800 kg to 1,000 kg, and which itself weighs four tons. Thanks to the robot, we can always offer our customers the highest quality, and this also represents a significant improvement in terms of productivity and safety. 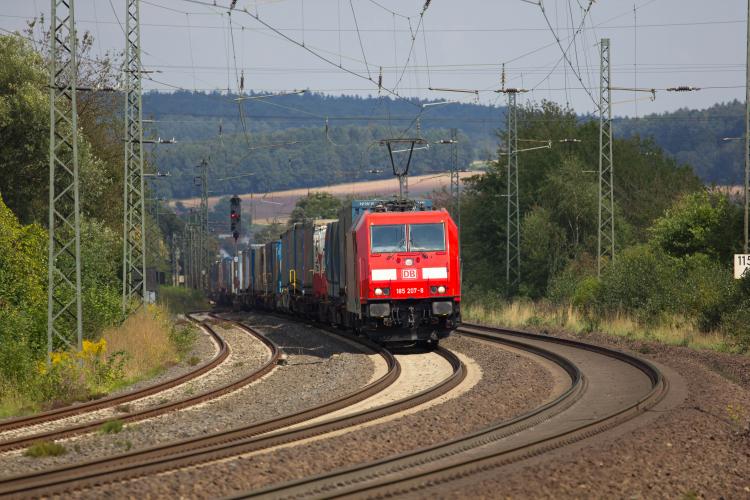 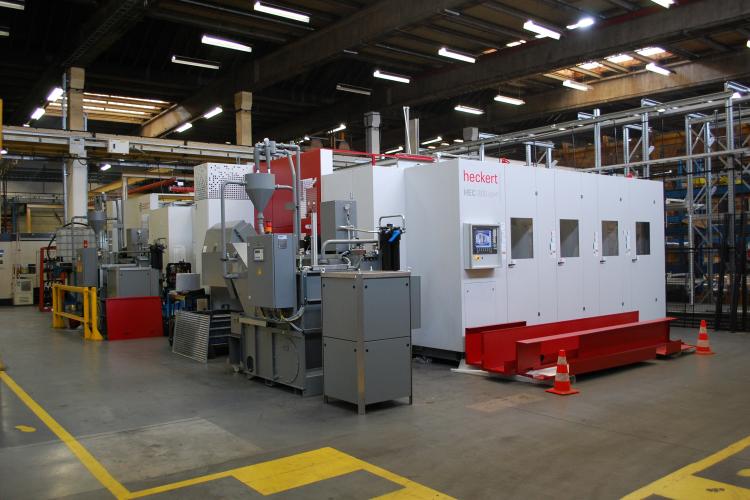 In 2015, Proferro further invested in numerous new finishing machines. The aim of these investments was for Proferro to considerably expand our range of finishing operations on cast iron parts, coupled with providing even better quality and more flexibility. To this end, Proferro installed a second CNC machine HEC800x5/MT (5-axis/mill-turning) from Starrag-Heckert during the summer of 2015. In addition to the classic CNC milling operations, both machines are also used for turning operations to machine larger castings in both nodular and lamellar cast iron with a diameter of up to 1200 mm and a height of up to 1000 mm. 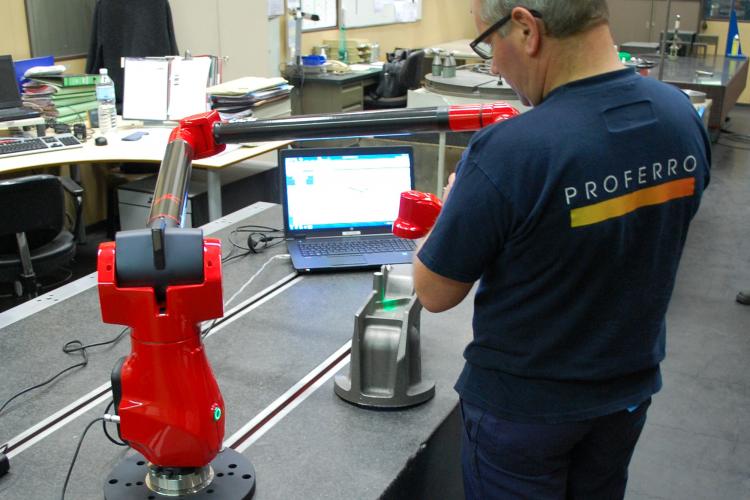 In the autumn of 2014 Proferro put a 3D laser scanner with a portable measuring arm manufactured by Kreon Technologies into use. Due to the increasing demand for large, heavy castings, which are produced on the HWS molding line, Proferro had to start looking for an easier and more efficient way of comparing unfinished castings to the specifications provided by our customers. 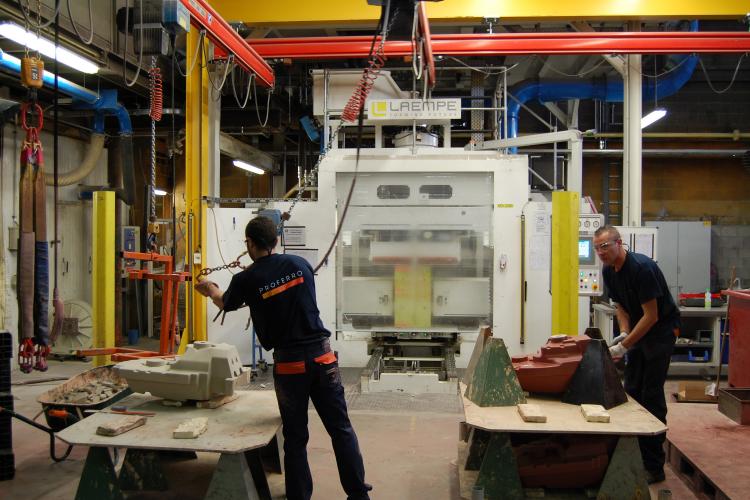 Due to the increased demand for large, bulky castings, which all required increasingly large and heavy cores, Proferro put a new Laempe core shooter into use. The extension of the HWS molding line included 102 additional molding boxes and the installation of three additional cooling lines. 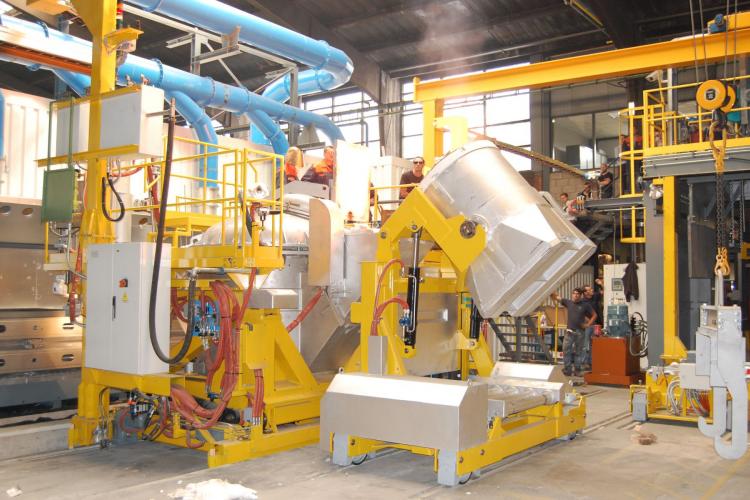 In 2010, Proferro successfully introduced a new molding line with larger mold boxes and the automated transport of cast iron. Thanks to an investment of 16 million euros, Proferro can now work with highly automated state-of-the-art equipment that guarantees a high degree of productivity and automation. Proferro’s new Seiatsu molding machine EFA-SD7 (HWS) works with box dimensions of 1600x1200x400x400+60. The machine’s advanced technology can produce small and large series and handle castings weighing between 100 kg and 500 kg. 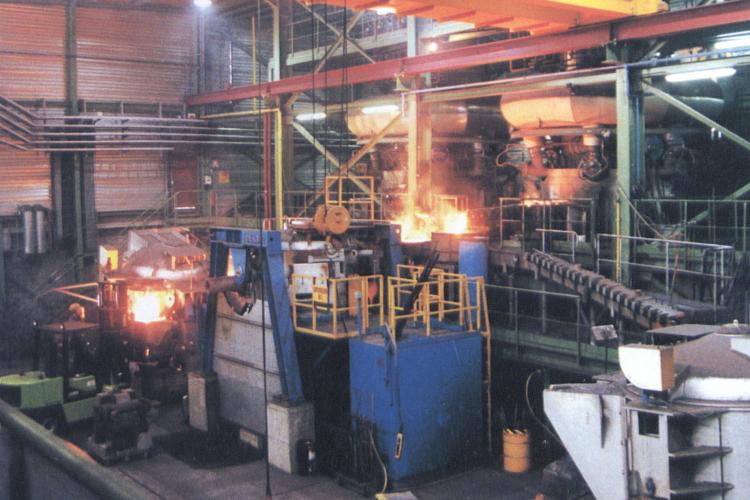 1995
Investment in a new melting plant

In 1995, a new smelting installation was put into use. This was a modern duplex installation with an oven capacity of 18 to 27 tons/hour. 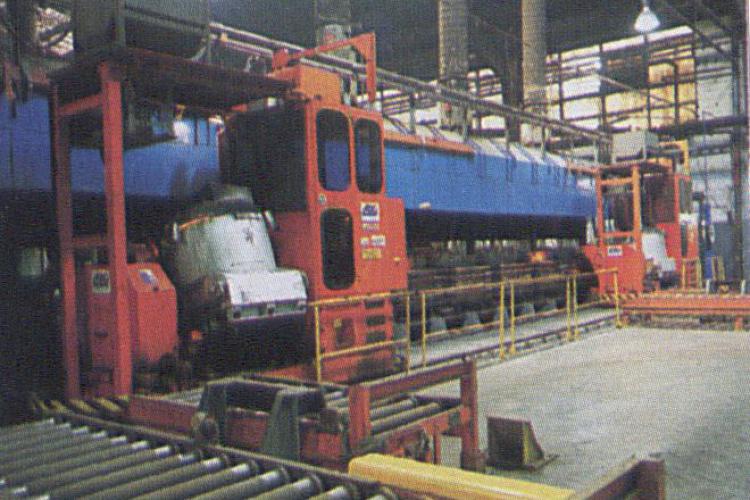 1989
Foundation of Proferro as an autonomous subsidiary

In 1989, the foundry division was split off from the other activities and made into a separate company – Proferro nv. This was because two-thirds of sales of the foundry were realized outside of Picanol. 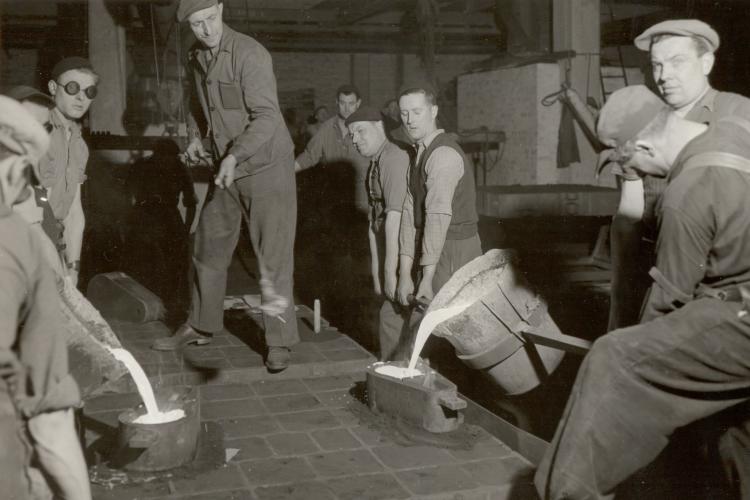 The company Picanol nv Weefautomaten was founded by the Belgian industrialist Charles Steverlynck. The company originated from the former Gieterij en Werkhuizen Van Steenkiste and initially employed some 50 people. That same year, Picanol nv Weefautomaten started with the production of a new automatic loom that was designed by the Spanish engineer Jaimé Picañol. The castings were used for Picanol weaving machines.